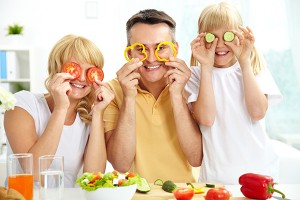 Research shows that about 40% of our activities are performed in the same daily situations (wake up, walk into the kitchen, make coffee), because we repeat what seems to be working, and we form associations between cues and behaviors (spot the coffee machine, grab the pot). That means the first step toward forming a new habit is breaking the connections that trigger you to do the opposite, or something else, which creates a window of opportunity to act differently.

For example, if you want to drink water in the morning instead of java, stash the coffee maker in a cupboard, put a display of fancy drinking glasses in its place, and put a water pitcher in the fridge so it’s the first thing you spot. Just breaking your usual connections can have a huge impact on the success of new habits.

Surely you’ve heard various stats about how many times you must repeat a behavior before it becomes a new habit—some say daily for 21 days, others 30. Research from University College London found that for a group of 96 people it took 66 days for a new behavior to become automatic. One thing’s for certain, though: if you stick with something, such as making a smoothie for breakfast every morning, it will eventually become second nature.

Tying the behavior to something else that makes sense. For example, if you already cook meal at home, set a goal of using that time to prepare lunch for the next day, too. When a new behavior is consistently carried out within a specific context it’s much easier to remember to take action, and those actions are more likely to stick.

Many people who are on the road to forming a new habit wind up talking themselves into quitting, because they hang onto conventional notions about what will work. For example, a eating plan which involves eating a few squares of dark chocolate without distraction during “you time.” This tactic work for curbing cravings, and decreasing the desire to eat both sweet and salty “junk foods” like chips and baked goods. But the moment someone starts to think, “Two little dark chocolate squares aren’t going to make me not want cookies” they stop practicing it, and stop giving it the chance to make an impact.

One of the most critical steps in forming new healthy patterns is support. Unfortunately our culture is set up to encourage and reinforce lots of unhealthy habits, so trying to change or form new ones can feel like swimming upstream. Many people don’t realize just how unhealthy his work and home environments really were until they made a conscious effort to get healthy. To combat discouragement, stress, self doubt, or thoughts about throwing in the towel, find at least one person who really gets what you’re doing and can cheer you on, or at least let you vent when you’re feeling challenged.

How to turn your diet into a lifestyle